One of the most famous cycling coaches in the world—the coach who literally wrote the bible for cyclists—was in town for a weekend seminar that I was attending. Prior to the Sunday session, we got to ride together. I was thrilled when I took my turn in the paceline riding next to him, asking questions and getting personalized coaching instruction. As we pedaled side by side up the Pacific Coast Highway through Malibu, my plant-based diet came up. He turned to me and said sternly, “I would never coach a vegan or vegetarian athlete because they can never get enough protein.”

His piercing comment might as well have punctured by tire because instantly I was deflated. Coach Almighty then recommended that I take branch chain amino acid supplements daily, something that I have been doing based on his advice since that morning ride in 2001.

How Much Protein Do We Really Need?

Eighteen years later, the questions about how much protein I need and where I get it from come up as soon as anyone finds out that I am a vegan athlete. Hate to admit it, but even I bought into this fallacy, too. I don’t count calories, but the one thing that I pay close attention to each day is how much protein I am getting. And I’m still paying for those branch chain amino acid supplements in addition to consuming a daily protein bar after I get off the ice followed a couple of hours later by a massive smoothie bolstered by protein powder. I think that I am getting enough protein each day, but am I? Do vegan athletes really need to rely on all these supplements?

I reached out to Matt Ruscigno, a vegan endurance athlete who is a leading expert in nutrition. He’s a registered dietician with a master’s degree in Public Health Nutrition. It’s been drilled into me for years that athletes need approximately one gram of protein per pound of body weight. That’s where I began my conversation with Ruscigno.

“One gram per pound is on the very, very high end and is just unnecessary for most athletes,” he said. “The most recent position paper by the Academy of Nutrition and Dietetics, Dietitians of Canada, and the American College of Sports Medicine says most athletes’ needs fit in the range of 1.2 to 2.0 grams per kilogram of body weight.”

To better understand the math, one kilogram is approximately 2.2 pounds and one pound is approximately 0.45 kilograms. I’m 132 pounds/59.4 kilos, which means I need to get between at least 71.28 grams to as much as 118.8 grams of protein per day.

“Another consideration to keep in mind is that professional, evidence-based recommendations are already on the high end to make sure that most of the population is covered by it. For example, the recommended daily allowance for vitamin C is 60 mg per day. That number is set at two deviations above the average need in order to encompass people who, for whatever physiological reason, need more. Not everyone will need 60 mg a day though. The same is true for protein. But what most trainers and athletes without formal educations do is then add to the already high number ‘just to be safe.’ But there’s not enough evidence to do this. It’s simply untrue that everyone would need more than the recommended amount. It might not sound like a big deal, but the opportunity cost is high when everyone is concerned about protein. They aren’t spending as much time planning for fiber, phytochemicals, etc. that are also important,” explained Ruscigno.

While I have long operated with the belief that I need to get around 130 grams of protein per day, I usually get more like 100-115 grams with the aid of protein supplements (bars and powder). But Ruscigno, the co-author of “No Meat Athlete” and “Appetite for Reduction,” thinks I can get enough protein without supplementation.

“Most athletes don’t need special protein foods or powders. The protein comes from food. Of course, bodybuilders or those with small stomachs or low appetites, etc. have special circumstances, but they are the exception and not the rule,” he explained. “Bodybuilders and some strength athletes require more protein as a percentage of calories because their caloric needs aren’t increased as much as other athletes. Higher protein foods need to be emphasized and supplements can be used to meet needs which are on the higher end of the 1.2-2.0 grams per kilogram body weight. In other words, they need more protein on fewer calories.”

I’ve been trying to put on some upper body muscle since converting back from cyclist to hockey player four years ago. Through my gym work, my upper body mass has increased, but my legs got smaller and my weight has stayed the exact same as my bike racing weight. I asked Ruscigno if it would help to up my protein intake.

“Some people may benefit from more protein. There’s a chance you are on the high end of the curve that sets the recommendations. I encourage the people I work with to play around with protein numbers and see if it helps their muscle building. But most often I am helping people eat fewer servings of protein powder and they see no fall off in performance.”

What about the branch chain amino acid supplements I’ve been taking for eighteen years? Do I need them in order to recover properly and build muscle or am I wasting my money?

“I’m not convinced that BCAA supplements are helpful for athletes. That has been my stance for a long time,” said Ruscigno, co-founder of Nutrinic, a therapy program designed to fight chronic disease using evidence-backed nutrition.

I’m a muscular 54-year-old athlete and I want to keep the muscle that I have worked hard to build as I age. While speaking to my father recently, he was lamenting his loss of muscle tone despite lifting weights several times a week plus playing tennis a few days each week. I inquired about his protein intake. Does protein matter as we get older or are we destined to lose muscle no matter what we do?

“As we get older, our protein requirements increase slightly. Combine that with a slower metabolism, older athletes might benefit from analyzing their protein intake. But remember: most people already get more protein than they need,” Ruscigno replied.

It seems that as vegan athletes, we are most likely getting more than enough protein from food thus the questions every plant-based athlete gets asked again and again about protein intake – how much and from where – are actually misguided. Instead of this hyper-focus on protein, perhaps we are better off being more attentive to making sure that our whole foods, plant-based diet is meeting other nutritional needs. But Ruscigno does not suggest that we completely forget about protein consumption.

“This doesn’t mean protein isn’t important or shouldn’t be paid attention to. It should! Too many whole foods, plant-based advocates dismiss protein as a concern at all, and I, well, disagree. It’s one of many nutrients, but it is obviously important, so everyone should have a look at their protein intake and learn more about protein sources so they can find the amount that works for their training, lifestyle, budget, etc.”

Nearly two decades later and with ample science to inform the switch, I hope the legendary cycling coach has changed his mind about coaching vegan and vegetarian athletes.

A Marathoner’s Secret Recipe for Anti-Inflammation

March 19, 2019Mary Schneider is training to compete in the 2020 Olympic Trials for the marathon, and she is putting her body to the test in the process. Long runs, speed work, hills...all of this intense exercise leads to inflammation, the body's natural response to... 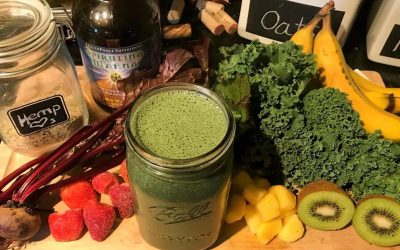 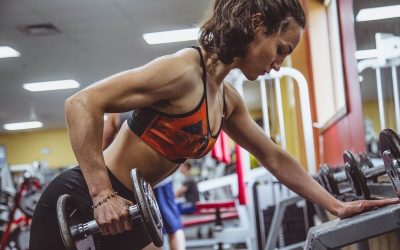